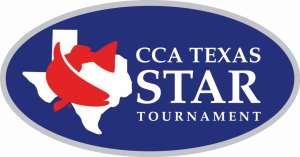 STAR Will Go On

While most events in these interesting times have had to reschedule, or even cancel, the 2020 CCA State of Texas Anglers’ Rodeo (STAR) will go on as planned. On April 30th, the group of volunteers that govern the STAR tournament, known as the Tournament Committee, voted almost unanimously that despite everything going on, anglers’ NEED something to look forward to this summer and that STAR is just the ticket. Also, if you have not already heard, the STAR Early Bird entry deadline was extended all the way to May 22. So as long as you get entered before the kickoff of the tournament, you will automatically be entered to win a Dargel Skout, 150 HP Evinrude motor and McClain trailer package, or one of twenty other great prizes! 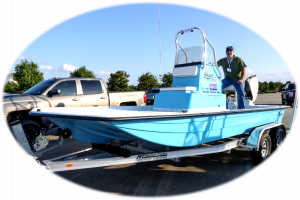 STAR volunteers are currently out collecting redfish across the state to be the STAR-ring attraction in the CCA Texas STAR sponsored by the Texas Ford Dealers, Tilson Home Corporation and Capital Farm Credit. These tagged redfish will be released throughout 600 miles of Texas coastal waters, from Sabine Lake to South Padre Island starting this week. Be advised- if you catch one prior to May 23rd, please release the fish. Only fish caught during the tournament are eligible. These redfish are truly special and symbolize years of dedication from CCA volunteers, all with the same goal of recruiting young anglers and adults alike to join their ranks in support of conservation. After three consecutive years of over 50,000 total anglers and 9,000 youth anglers, we believe it is safe to say that these countless volunteers have been winning conservation for thirty years!

The tournament is scheduled to kick-off the Saturday of Memorial Day weekend at sunrise, as is tradition! This year’s event’s official dates are sunrise on Saturday, May 23 and ends on Labor Day, September 7 at 5p.m.

From the onset, the State of Texas Anglers’ Rodeo was envisioned by all of us, as a fun family-friendly summer event with hopes of creating a reason for parents to get kids out on the water with dreams of them winning a scholarship, or the adult winning a driveway-sized prize. As STAR tournament director Bill Kinney often says, “We want to get kids off of X-boxes, and into tackle boxes.” All the while, these participants are learning more and more about marine conservation through CCA’s mission. Through thirty years of hard work by countless volunteers and CCA staff, STAR has come a long way. When STAR first kicked off, it was relatively small compared to today at only 3,400 anglers statewide. In 2017, STAR shattered participation records, with 50,000+ anglers competing for over $1,000,000 in prizes for the first time ever. Another milestone was recently reached by STAR after the 2019 tournament, $6.825 million in college scholarships have now been awarded to Texas youth, with another $325,000 waiting for this year’s winners.

The next five tagged redfish winners will each claim a 23’ Haynie BigFoot boat with a Mercury 150L Pro XS OptiMax motor and Coastline trailers.
Other fish can net big rewards in the tournament too!  STAR contestants who catch the largest speckled trout in the north, central and southern regions of the Texas Coast will each take home the legendary Mowdy 22 V, powered with an Evinrude E-TEC G2 150 HP motor and Coastline trailer. 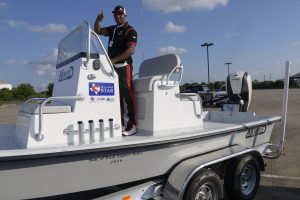 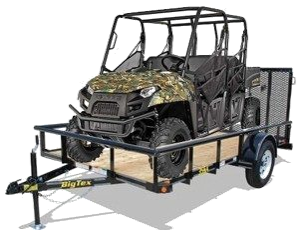 STAR offshore anglers who land the heaviest kingfish, dorado and ling (cobia) in the Offshore Division will each win the awesome Hoffpauir Polaris Ranger Crew 570 EPS UVs in Polaris Pursuit Camo each with a Big Tex 35sa Trailer.
In the Inshore Division the Shoalwater 19’ Cat boat, Mercury 115 ELPT 4S motor and McClain trailer will also be given to the anglers for netting the biggest flounder, gafftop and sheepshead. 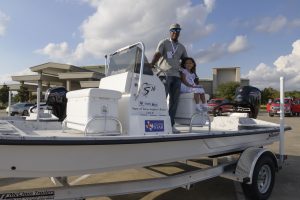 In hopes of luring more youth to the sport of fishing, the STAR Scholarship Divisions offer a total of ten college scholarships in $25,000 and $50,000 increments.  STAR participants, ages 6-10, who catch the largest flounder, sheepshead or gafftop will each be awarded a $50,000 college scholarship.  Participants, 11-17 years of age, who catch the largest flounder, sheepshead or gafftop, as well as, the largest speckled trout in each of the three Texas Coast regions (upper, middle and lower) will each be awarded a $25,000 college scholarship.  In addition to these nine scholarship offerings participants ages 6-17 years old in 2020, are eligible for a bonus drawing that will net one lucky youth a $25,000 college scholarship even if the participant never wets a line or enters a single fish during the entire tournament! Also, any contestant who doesn’t win a top prize can take home a 210 Dargel Skout, 150 HP Evinrude motor and McClain trailer package, even if you don’t fish!

Check out www.startournament.org for rules and more details!