The purpose of CCA is to advise and educate the public on conservation of marine resources. The objective of CCA is to conserve, promote, and enhance the present and future availability of those coastal resources for the benefit and enjoyment of the general public.

On a Local, State and National Level We…

On a Federal Level We… 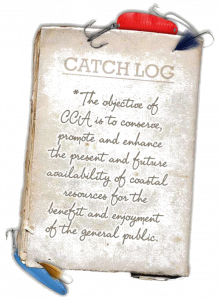 Coastal Conservation Association (CCA) is a non-profit organization with 17 coastal state chapters spanning the Gulf of Mexico, the Atlantic seaboard, and the Pacific Northwest.

The stewardship started with the “Save the Redfish” campaign, and by 1985, chapters had formed along the Gulf Coast. By the early ‘90s, the mid-Atlantic region and the New England had chapters. Washington and Oregon opened CCA chapters in 2007.

CCA has participated productively in virtually every national fisheries debate since 1984. In the federal court system, CCA’s legal defense fund has been used to defend net bans; fight for the implementation of bycatch reduction devices; support pro-fisheries legislation; and battle arbitrary no-fishing zones.

Through broad-based recreational angler support; a strong legal and legislative presence; decades of experience; and an unwavering vision for the future of U.S. and global marine resources, CCA battles for the sustainable health of our coastal fisheries and for recreational anglers’ interests.