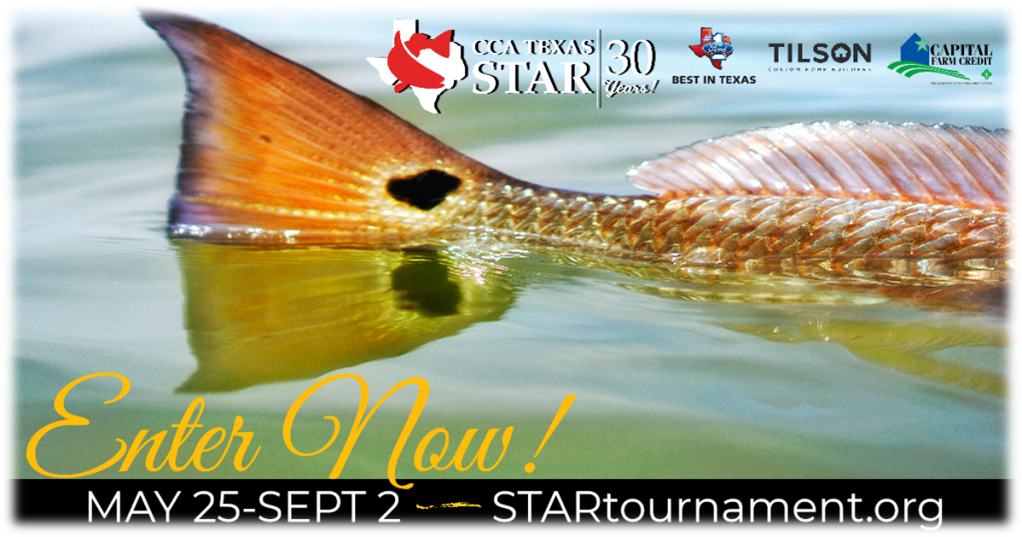 Texas Gulf Coast — Sixty specially tagged redfish are being prepped as the STAR-ring attraction in the CCA Texas State of Texas Anglers’ Rodeo (STAR) sponsored by the Texas Ford Dealers, Tilson Home Corporation and Capital Farm Credit. These tagged redfish will be released throughout 600 miles of Texas coastal waters, from Sabine Lake to South Padre Island. This year’s tagged redfish are even more special than normal. These redfish will represent thirty years of dedication from CCA volunteers, all with the same goal of recruiting young anglers and adults alike to join their ranks in support of conservation. After two consecutive years of over 50,000 total anglers and 9,000 youth anglers, we believe it is safe to say that these countless volunteers have been winning conservation for thirty years!

From the onset, the State of Texas Anglers’ Rodeo was envisioned by CCA founder Walter Fondren III and a few others, as a fun family friendly summer event with hopes of creating a reason for parents to get kids out on the water in hopes of them winning a scholarship, or the adult a driveway sized prize. As STAR tournament director Bill Kinney often says, “We want to get kids off of X-boxes, and into tackle boxes.” All the while, these participants are learning more and more about conservation through CCA materials. Through thirty years of hard work by countless volunteers and CCA staff, STAR has come a long way. When STAR first kicked off, it was relatively small compared to today at only 3,400 anglers statewide. In 2017, STAR shattered participation records, with 50,000+ anglers competing for over $1,000,000 in prizes for the first time ever. Another milestone was recently reached by STAR after the 2018 tournament, $6.5 million in college scholarships have now been awarded to Texas youth, with another $325,000 waiting for this year’s winners. Little did Walter, Bill and others realize what their idea would morph into thirty years later.